Hours before Trump’s new ‘Muslim Ban’ would’ve gone into effect, a federal judge in Hawaii put a stop to it. Federal Judges: 2, Trump: 0.

Trump’s response? He pledged to take it to the Supreme Court.

That’s why we’re launching an all-out campaign to stop Trump’s Supreme Court nominee, Neil Gorsuch, who, if confirmed, would use the law to support a radical right-wing agenda that includes the Muslim Ban.

Bend the Arc is working overtime to help American Jews like you plan effective phone banks around the country to get critical calls in to Senate Democrats before they vote on Gorsuch. We can win this fight if the Democratic Senators stand strong in their opposition. 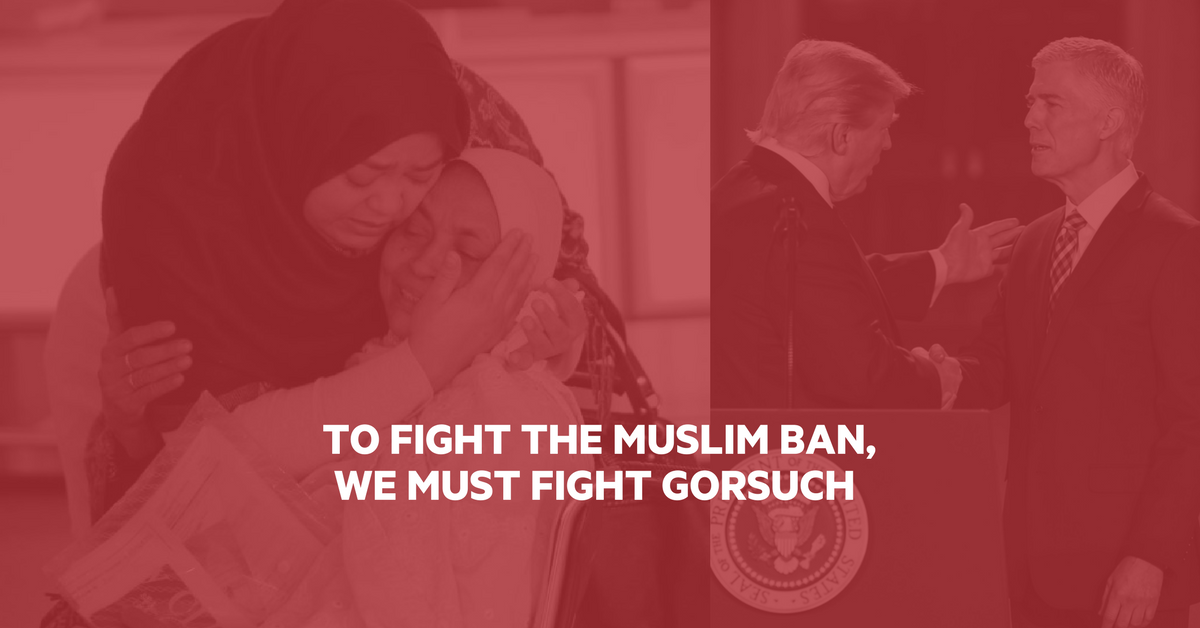